Over the years, Signum University has worked with a number of artists and designers to create course artwork and other graphical elements for our website, activities, events, and merchandise. Here we want to thank those who have provided us with images.

If you are an artist and would like to contribute course artwork or help out with other graphical needs at Signum University, please contact us.

Alicia is our resident graphic designer, and as such she has lent her artistic eye to many of the graphics throughout the Signum University website, as well as the Mythgard Institute. 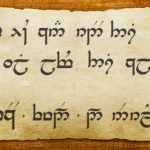 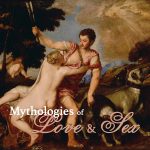 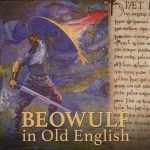 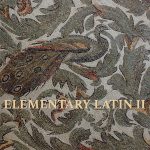 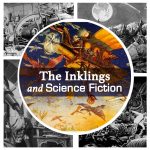 Jef Murray was an internationally known artist, author, and illustrator. Mythgard Institute extended an invitation to Jef to speak as an artist of J.R.R. Tolkien and his works at Mythmoot II to which he graciously accepted. Several attendees chatted with the artist about his thoughts of the author during the conference and many more attended the scheduled artists’ discussion. Jef credited J.R.R. Tolkien and his fine works as the basis for his conversion to Catholicism.

His paintings and sketches consisted largely of Tolkien’s works, and could be found in worldwide fantasy publications and cultural journals including: Amon Hen, Mallorn, Beyond Bree, Silver Leaves, Mythprints, The St. Austin Review, Gilbert Magazine, The Georgia Bulletin. Jef graciously allowed us to incorporate his work into an image for our Philology through Tolkien class. 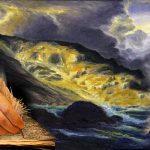 Many of the images for Signum University courses and the Mythgard Institute’s free Academy seminars are graciously provided by Ted Nasmith and are used with his permission. 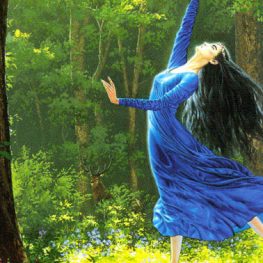 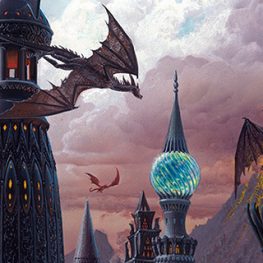 The Towers of Valyria, used for Modern Fantasy II 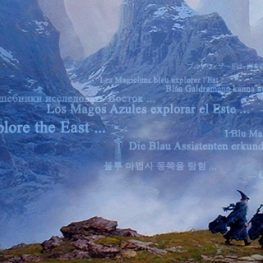 Tolkien had a very profound effect on me, and helped lead to much that I now count most significant in life. It opened up in me a dormant love of lost and misty times, myth and legend. Not since early childhood had I felt such a sense of ‘home’, unaware of the effects the intervening years had had in displacing it. Once inspired, I began to draw scenes and characters from this fantastic realm, becoming absorbed for many hours at a time. Tolkien and the compulsive satisfaction it provided were an important influence away from some of the less healthy distractions of those years, and the fun and creative fulfillment of depicting Middle-earth never seemed to diminish. I’m happy for my artwork to grace the Mythgard pages, thanks!

Elia Mervi’s artwork offers a mix of the fantastic and the real that matches the tone of some of our early science fiction courses taught by Dr. Amy H. Sturgis. Elia developed artwork for our History of Science Fiction Part I and Part II, the Dystopian Tradition, and Sherlock, Science & Ratiocination. 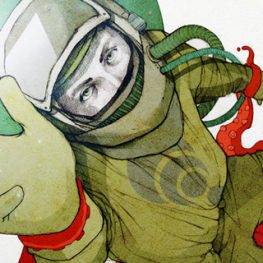 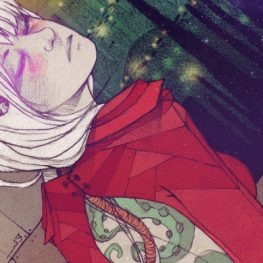 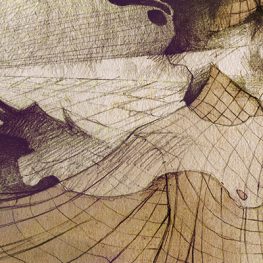 I like everything that comes out of reality, the details that make something normal in something different, and i like to use an illustration to get that.  My most important work tools are a 4B pencil, watercolors and Photoshop.  I studied illustration in Escuela de Arte nº10, Madrid [and] I’m illustrating a juvenile fantasy book to be released in 2012.

Breana Melvin was originally introduced to Signum University through the Mythgard Institute as a fan of the Tolkien Professor podcast series. After seeing a call for artists, Bre approached us about creating course art for Dr. Verlyn Flieger’s Spring 2013 course, Tolkien’s World of Middle-earth. 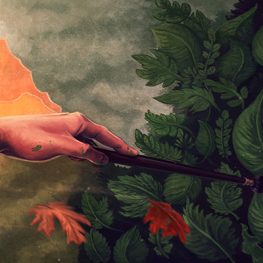 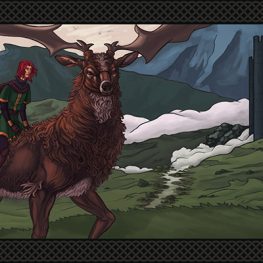 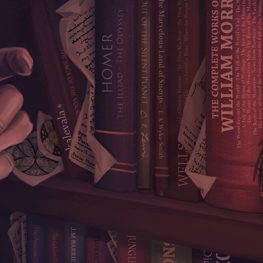 Roots of the Mountain 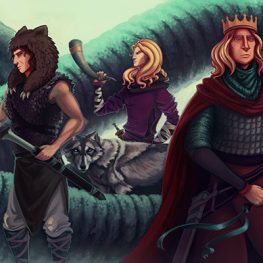 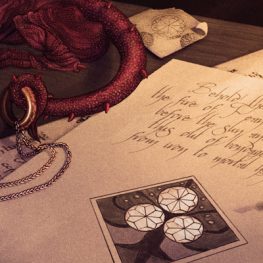 As a kid I was presented with a plethora of fantasy related films and television shows, which eventually led me to the literary side of things. After Harry Potter came out when I was nine, it wasn’t long until I discovered Tolkien and in turn C.S. Lewis. What started out as simple consumption of media, slowly turned into obsession and finally fantastical sub-creation of my own, in which I am  forever trying to recapture the magic that I experienced when I first went beyond the wardrobe.

As a fan of The Tolkien Professor podcast series, Cory Godbey reached out to Dr. Corey Olsen and offered up the art that would represent Signum University’s course Fall 2012 class, The Story of The Hobbit. It was just perfect for the theme of the new course! 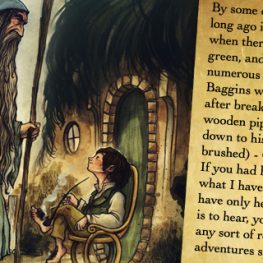 The Story of The Hobbit

I’ve illustrated picture books, book covers, and other projects for clients such as HarperCollins, Random House, Archaia and The Jim Henson Co. In 2012, I illustrated the Labyrinth prequel graphic novel. I’ve also worked on animated shorts and commercials with clients including Prudential Insurance, Microsoft Zune, and the documentary film The Last Flight of Petr Ginz.

With the addition of two new courses in Spring 2012 – The Making of Myth: C.S. Lewis & J.R.R. Tolkien and Taking Harry Seriously: The Artistry and Meanings of the Harry Potter Series – we put a call out for new art. Luckily, talented illustrator Drew Blom was there to answer! 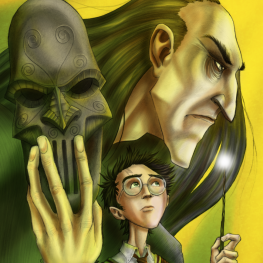 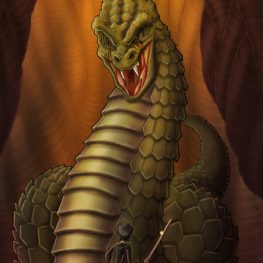 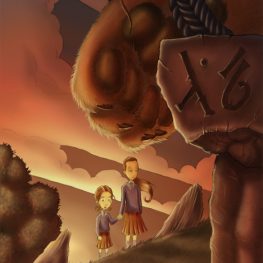 The Making of Myth: The Stone Table 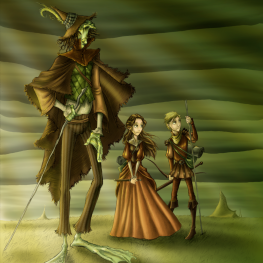 The Making of Myth: The Silver Chair

I grew up on the stories of C.S. Lewis and J.R.R. Tolkien. The worlds they created and invited us into served as a springboard for my imagination. I credit that for much of my interest in visual storytelling in my own work. Further along in life, J.K. Rowling’s stories awakened some of the same feelings I had when I was younger reading Narnia and Lord of the Rings. It was a lot of fun to put some of those images down for this project for Mythgard and I am grateful for the opportunity.

We also use a number of graphics on our sites from open source and public domain image services. In many cases, attribution is not required, but we’d still like to thank these sites for making high-quality images available free for public use.